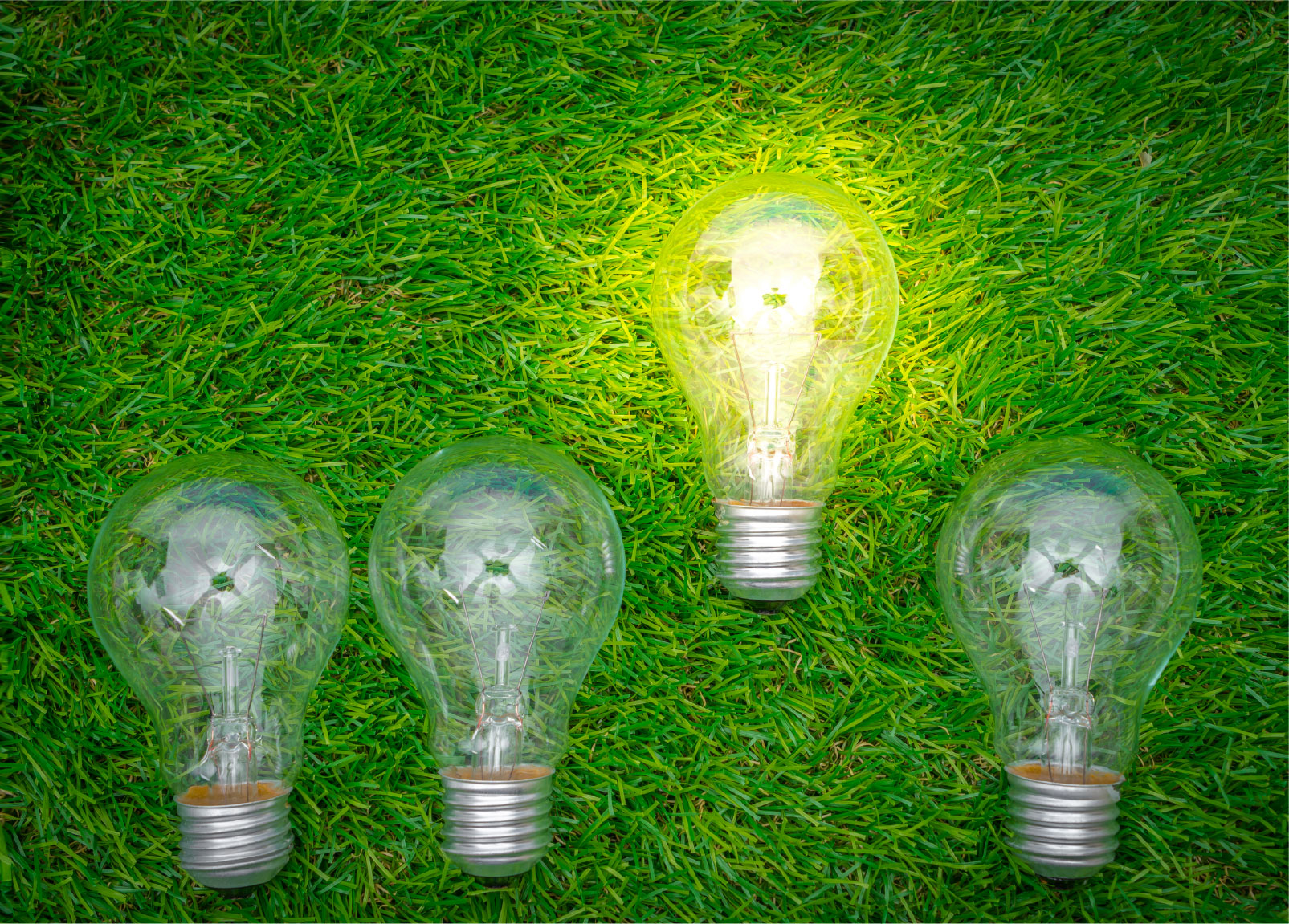 30 Nov How to Negotiate with Someone More Powerful than You

Posted at 08:43h in Tips and Career Advice by Afro Ant

This article originally appeared in the Harvard Business Review.

Going into a negotiation with someone who holds more power than you do can be a daunting prospect.  Whether you are asking your boss for a new assignment or attempting to land a major business deal with a client, your approach to the negotiation can dramatically affect your chances of success. How can you make the best case for what you want?

What the Experts Say
“There is often strength in weakness,” says Margaret Neale, the Adams Distinguished Professor of Management at Stanford Graduate School of Business. Having power typically reduces a person’s ability to understand how others think, see, and feel, so being in the less powerful position actually gives you a better vantage to accurately assess what the other party wants and how you can best deliver it. And when you do your homework, you’ll often find you’ve “underestimated your own power, and overestimated theirs,” says Jeff Weiss, a partner at Vantage Partners, a Boston-based consultancy specializing in corporate negotiations and relationship management, and author of the forthcoming HBR Guide to Negotiating. Here’s how to negotiate for success.

Buck yourself up
“Often we get fearful of the threat of competition,”says Weiss. We worry there are five other candidates being interviewed for a job, or six other vendors who can land a contract, and we lower our demands as a result. Do some hard investigation of whether those concerns are real, and consider what skills and expertise you bring to the table that other candidates do not. The other side is negotiating with you for a reason, says Neale. “Your power and influence come from the unique properties you bring to the equation.”

Understand your goals and theirs
Make a list of what you want from the negotiation, and why. This exercise will help you determine what would cause you to walk away, so that you build your strategy within acceptable terms. Equally if not more crucial is to “understand what’s important to the other side,” says Neale. By studying your counterpart’s motivations, obstacles, and goals, you can frame your aims not as things they are giving up to you, but “as solutions to a problem that they have.”

“The most important thing is to be well prepared,” says Weiss. That involves brainstorming in advance creative solutions that will work for both parties. For example, if the other side won’t budge from their price point, one of your proposals could be a longer-term contract that gives them the price they want but guarantees you revenue for a longer period of time. You also want to have data or past precedents at your disposal to help you make your case. If a potential client says they will pay you X for a job, having done your research allows you to counter with, “But the last three people you contracted with similar experience were paid Y.” Preparation gives you the information you need to “to get more of what you want,” says Neale.

Listen and ask questions
Two of the most powerful strategies you can deploy are to listen well, which builds trust, and pose questions that encourage the other party to defend their positions. “If they can’t defend it, you’ve shifted the power a bit,” says Weiss. If your boss says he doesn’t think you are the right addition to a new project, for instance, ask, “What would that person look like?” Armed with that added information, says Neale, “you can then show him that you have those attributes or have the potential to be that person.”

Keep your cool
One of the biggest mistakes a less powerful person can do in a negotiation is get reactive or take the other person’s negative tone personally. “Don’t mimic bad behavior,” says Weiss. If the other side makes a threat, and you retaliate with a threat, “you’re done.” Keep your side of the discussion focused on results, and resist the temptation to confuse yourself with the issue at hand, even if the negotiations involve assigning value to you or your product. “Know what your goals are and direct your strategy to that and not the other person’s behavior. You have to play the negotiation your way,” Weiss says.

Stay flexible
The best negotiators have prepared enough that they understand the “whole terrain rather than a single path through the woods,” says Weiss. That means you won’t be limited to a single strategy of gives and gets, but multiple maneuvers as the negotiation progresses. If the other party makes a demand, ask them to explain their rationale. Suggest taking a few minutes to brainstorm additional solutions, or inquire if they’ve ever been granted the terms they are demanding. Maintaining flexibility in your moves means you can better shape a solution that’s not only good for you, says Neale, but also makes them “feel like they’ve won.”

Case Study #1: Do your homework
Ben Koeneker knew the odds were stacked against him. Then the head of business development for a midsize Midwest telecom company, he was trying to convince Siemens, the multibillion-dollar electronics conglomerate, to give his firm an exclusive distribution contract for a new business communications product.  At the time, his $28 million company was known more for refurbishing than distribution. “We were tiny,” he says. “We were the ant shouting at the elephant.”

Koeneker did copious amounts of research prior to sitting down at the table. He researched Siemens products and why their current channels of distribution weren’t working well. He also made sure he knew that his own company could deliver on every level, preparing counterarguments for any doubts that might arise. “I knew we couldn’t pretend we could do something we couldn’t do,” he says.

When the negotiations began, he emphasized the pros of his company’s distribution model, rather than the cons he felt currently existed in Siemens’ current method. “If you spend too much time talking about the negatives, you’re basically telling them that they’re doing their business wrong.” He also pointed out that signing with his firm would free up money to devote to marketing, which he knew from his research was something that Siemens wanted.

A turning point came when a senior Siemens executive said that while he was impressed with the proposal, he wondered if Koeneker’s company could scale effectively if the product line took off. Two rivals to Koeneker’s firm, the executive said, were bigger and could more easily handle growth. “I turned to him and said, ‘Are those two companies interested in distributing your product at this time?’” Koeneker says. “I already knew the answer from my research that those companies had turned them down.” He followed up by adding that while his firm was small, it was better thought of as “boutique,” with the unique ability to focus completely on the Siemens brand.

Shortly after, they inked the contract.

Case Study #2: Know your value
Management coach Ginger Jenks didn’t want to lose her client. Michael* had asked her to work on a side consulting project, but balked at her proposed fee. Though he had been paying her usual rate for several years, he went into “hard negotiation mode” for the extra work, Jenks says. “He told me he could get someone else for less than a third of my price.”

Jenks valued Michael’s continued business, but she knew she wasn’t willing to lower her rate. “I was fairly confident that he wanted me to do the work,” she says, “and I was certain that I did not want to feel ‘nickel and dimed’ on the project.” She decided her strongest strategy was not to take it personally that he was acting so insulted by her price. “I knew it was just a negotiating tactic on his end.”

When they met again to discuss terms, Jenks held fast to her initial proposal. She knew from hearing him relate stories of past negotiations that he respected strength and tenacity. She also knew that he valued good work above all else, and likely didn’t want the hassle of finding someone new.

At the table, Jenks stressed their great track record together, suggesting that if he could find someone who could do as good a job as he knew she would do, he should go elsewhere. Throughout, Jenks reminded herself that negotiating “is a little like dating,” she says. “If you are too interested, you lose power. But if you can remain calmly interested but still detached, that creates power.”