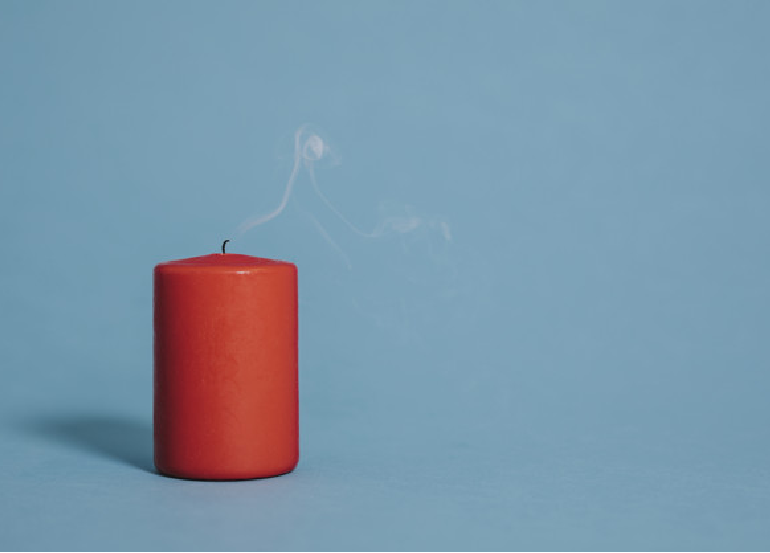 03 Sep Is Overwork Killing You?

Posted at 15:49h in Trending Topics by Afro Ant

This article by Gianpiero Petriglieri originally appeared in the Harvard Business Review.

Every time the conversation turns to overwork, which is often these days, I think of Arthur (a pseudonym). When I met him, long ago, he was picking himself up after a tough year. A seasoned CFO with a sharp mind and an abrasive style, Arthur had lost his job over a disagreement with his company’s new CEO.

He had not seen it coming and it struck hard. “I hadn’t realized how much I cared, how much work mattered to me, until then,” he explained, sharing a feeling I have heard many a manager describe. The unexpected pang of loss he felt when his work email was deactivated. He had cleared his desk defiantly, but now, his once-overflowing inbox dry, he was overwhelmed with grief.

Arthur did not see himself as a workaholic. He had hobbies, spent plenty of time with family and friends, and kept his passion for work well hidden under a cynical foil. “I could quit at any moment, I told myself.” It was a lie. “Losing my work almost killed me,” he thought at first. But when he still felt scarred despite new opportunities, he realized that work had “almost killed” him long before — when it became his life.

I thought of Arthur when Steve Balmer chose the romantic Dirty Dancingtheme song “Time of Our Lives” to bid Microsoft farewell, and again more recently, reading about the controversy that the New York Timesexposé of Amazon’s corporate culture stirred up.

It is not the first time that a popular story has ignited a debate on the future, or more precisely the present, of professional work. Similar controversies have erupted in recent years following the publication of Anne Marie Slaughter’s essay “Why Women Still Can’t Have It All,” or news of an investment bank intern’s death. Each time we deliberate whether the blame for overwork rests on unrealistic individual ambitions, brutal organizational cultures, or both. Each time we ponder, in essence, whether senior management, banking, consulting, entrepreneurship, and statesmanship are compatible with human life.

Is it because the public cares so much about the health and families of elite professionals that these stories provoke so much debate? Hardly. While debate often swirls around the most dramatic anecdotes, we do not swarm to these stories as works of social science. AsFortune‘s Mathew Ingram suggests, we resonate with them because they portray familiar experiences. Their protagonists’ workplaces have the truth of fiction, so to speak, lending words and faces to the workplace in our minds.

In a memo to all Amazon employees, CEO Jeff Bezos argued that theTimes’ story could not possibly reflect a company whose people “are recruited every day by other world-class companies, and … can work anywhere [they] want.” This argument sums up a common refrain about extreme work cultures. Those who can thrive in them want them. Those who do not can go elsewhere.

The truly talented, we are told, flee obligations to work themselves into the ground. And yet they appear to love opportunities to do so, if presented in the guise of solving big problems, learning, and pushing themselves further.

Whether we are forced to or choose to work too much, however, agrowing body of research suggests that working long hours damages our health, productivity, and families. A recent study suggests that it might be a factor in 120,000 deaths a year. Research also shows that people often use devices and policies meant to increase autonomy to take work home and work around the clock. While organizations wage wars for talent, it seems talent is at war with itself.

Given the physical and social harm that overwork can do, and the productivity losses organizations suffer, why do we keep at it? To answer that question, I believe, we need to look beyond personal ambitions and corporate incentives and norms, and look at our relationships with work itself.

I (Over) Work Therefore I Am

Over the past decades, people’s attachments to organizations have become more tenuous. This loosening of long-term bonds has brought more uncertainty to all workers, and more freedom to a fortunate few. But as organizations have arguably become less significant, work has become more so. It is far more valuable — both economically and psychologically — to be defined by my talent and abilities than to be defined by an organization. Being a “talented coder” can outlast being a “Googler.”

As a result, commitment to work is no longer the consequence of organizational loyalty. It is an expression of talent.

This shift still allows organizations to exact commitment by offering that precious appellation, “top talent,” in return. Seen as a ticket to thrive in a mobile job market, “talent” is an ever more valuable label, and devotion to work is that ticket’s price. No wonder companies that churn their workforce and squeeze them to the ground claim to hire only the most talented.

Reflecting and sustaining this shift to a more personal relationship with work is the current obsession with passion, authenticity, meaning, and the like in popular management writing (including my own). This more intimate relationship with work makes it both more rewarding and more exposing. Where once only artists lived to work this way, now more and more of us do.

This suggests that some insight into the creeping feeling that work asks too much of us might be found in the commentary that follows popular artists’ struggle and demise. When someone like Kurt Cobain, Amy Winehouse, Heath Ledger, or Phillip Seymour-Hoffman passes away, the commentary that accompanies our mourning hardly pays any attention to organizations — to the studios and media companies on whom their careers nevertheless depended. They highlight instead a passion turned into obsession, talent ravaging a soul, the consuming nature of their work. Remembering Robin Williams upstage a fireworks display with an impromptu performance, a critic once wrote, “Whether or not anyone expected him to be, and maybe whether or not he entirely wanted to be, he was on.” Williams himself put it starkly, describing his gift of creative expression: “Some people say it’s a muse. No, it’s not a muse! It’s a demon!”

Those statements are close to the experience of many managers I meet. The work they fear might kill them is that which also makes them feel alive. Had I met Arthur at work before he was fired, he assured me, I would have found him if not quite fulfilled, at least always full of life — immersed in the excitement of pursuit, the satisfaction of accomplishment, the anxiety of deadlines, the frustrations of politics. All the while being consumed by them, too.

It is not the anomie of impersonal demands that saps us then, once work becomes a passionate pursuit and a form of self-expression. It is the striving for virtuous authenticity in every work performance. We become authentically drained, and vulnerable too.

The parts of us that die, symbolically, are those not tied to work. And as that happens, working becomes a matter of life or death.

The Passion of the Worker

In an age where talent, passion, and authenticity are hailed as virtues and antidotes to the uncertainty of the workplace, so-called overwork may well be their dark side. As we are urged to have a romantic, rather then instrumental, relationship with work, we should not be surprised that it threatens our families, our productivity, and our health. Romance has long been known for making us lose our minds. It is no different when work is involved.

Seen this way, overwork is not defined by the amount of our day work occupies but by the amount of our selves tied up to it. We “over” work not when we work too hard but when working becomes less of a means and more of an end. When meditation, exercise, sleep, holidays, and even parenting, are cast as tools to make us better workers.

This view explains why we ignore, apparently irrationally, that overwork erodes productivity. In a workplace that has co-opted the accouterments of romance and religion, where CEOs have visions and passionate managers are work martyrs, productivity is not the only aim. Passion, after all, has no concern for efficiency and martyrdom has never been about getting things done. Both have always been about expressing virtue and devotion. And people have long endured pains and trials to claim a valued self, with the belonging and expression it affords.

Neither, this view suggests, are we helped by the argument that more humane workplaces will make us more productive. That subtly reinforces the already totemic notion that being productive is the purpose of being human, and the taboo that surrounds the idea that one might work to afford a life elsewhere. Nor can data help much. What if it showed that a certain category of people, who were raised with and define themselves by overwork, were more productive that way? Should we endorse it then for everyone? Who gets to say when is it enough?

“Workers themselves,” is the common response, as I’ve noted above. They can vote for the fitness of corporate cultures with their feet, andmove to friendlier ones. Many young professionals appear to have embraced this mantra, and often see large, prestigious companies with extreme work cultures as temporary homes. Stints in such workplaces, MBAs often tell me, are like going to boot camp while paying off your student loans. It is extremely intense, it prepares you for all circumstances, and it is not meant to last. One can always do something more meaningful later.

But though these jobs pay well, money is hardly the only, or even the major, reason most new MBAs work there. Research shows that managers choose to work for those companies early in their careers not because they pay well, but for the future opportunities stints there might afford.

Put another way, those companies don’t have to pay young professionals more, and need not promise them loyalty, to get them to (over) work there. While career ladders are disappearing, companies still provide a stage for workers to claim and display talent — much like media companies do for gifted artists. That makes them not insignificant, as talent moves around, but indispensable.

And these early career stints are not simply Faustian bargains. If a company is so appealing and influential that it is good for you to work there even if you don’t mean to stay, it is also likely to shape your attitude to work. Going to boot camp, as I remind my students, does prepare you — for war. Those organizations often serve as what Jennifer Petriglieri and I have termed “identity workspaces.” They shape people’s identities and work ethics, influencing working cultures, and casting their shadow long past people’s membership in them.

This is why the argument that talent shortage makes extreme work cultures unviable does not hold up. The opposite is true. Our conception of talent as a path to salvation and rapture in mobile labor markets makes more people embrace those cultures, anxious to prove that they are among the few to have the talent said to be so short. And those conceptions and cultures shape how we work, who we become, and the price we pay for it.

Things will only change when we stop treating passionate overwork as a marker of talent, and companies with extreme work cultures as the main suppliers of it. Until then, we’ll keep hoping that work gives us Stendhal syndrome, and end up suffering the Stockholm one instead.

You can read the original article here.